Inspired by a Twitter chat this week with the merry band of Alex T Smith, Caryl Hart and Sarah Warburton I wanted to do a little bloggy bit about something different.

No, not the Great British Bake Off - that will be next weeks post, silly.

Many fledgling book illustrators (like myself) naively think that they will be solely responsible for all imagery, layout, colour choices, and typography.  This, in most cases, isn't true because when you embark on the journey into children's book making you will be helped along by an experienced book designer who is there every step of the way (except wednesdays).

Authors and illustrators are mentioned a lot when it comes to the marketing of a new book release but the humble book designer doesn't often get a mention.

I'd like to take this opportunity to thank the wonderful designers who have helped me to create my first two books.

Firstly to Head of Design at Nosy Crow, Stephanie Amster who many of you will know or may have worked with at one of the publishing houses where she has worked at over the years including Walker books, Orchard and now Nosy Crow.

Steph helps illustrators to design BEAUTIFUL books - here are just a few of the many that she has waved her magic Wacom pen over; 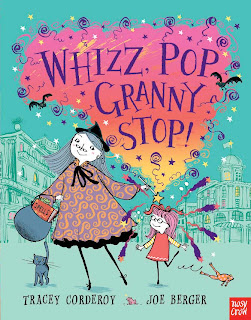 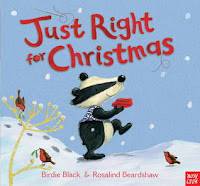 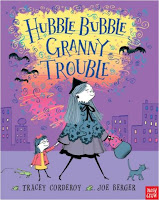 Each illustrator works differently with a designer - some will need more help than others, but to feel that you have a companion to help you with any problems with composition, colours, a specific character pose, or what to have for tea, for example is very reassuring.

The relationship is a bit like being Dr Who and the designer is your (subtly more knowing) assistant, though I rarely wear tweed and Steph was never a Kiss-O-Gram (as far as I know).

I asked Steph which of the books she has worked on were her particular favourites but she said it was genuinely impossible to choose as each illustrator has a different set of skills to bring to her (often rather untidy - sorry Steph!) table.  She strives to get the most from each project she works on and is terribly modest about her role in the book making process.

I have been fortunate enough to have worked with Steph on my new book wonderfully written by Tracey Corderoy with Nosy Crow - 'Shifty McGifty and Slippery Sam.'  Throughout the process Steph has been patient, supportive and when it comes to getting just that extra bit more from my designs and ideas, she draws them out like a magnificent creativity magnet.

I haven't had to worry about fonts >insert vicar joke here<, text placement or any of the nitty-gritty of all the technical know-how that designers like Steph have imprinted in their brilliant brains.  All I had to concentrate on was making my pictures look as lovely and as strong as possible.

There was a lot of love for Steph on Twitter this week - it seems that everyone who has been lucky enough to work with her has had a great time working with her.

She is also fun to share a bottle of wine with.

In my next post I will talk about the designer of my first board book - Helen Holmes (that's the name of the designer not the book).