Did you guess what was missing from the Scottish Scotty?

It was the POM-POM for his tam o' shanter of course! 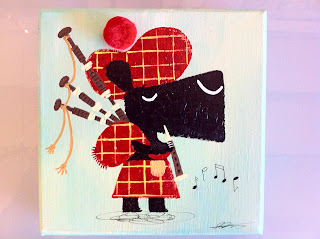 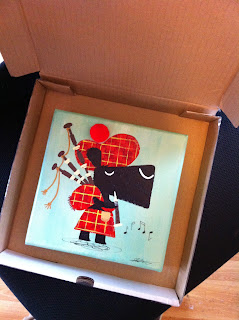 And here he is in his box ready to be posted off to the Willow Foundation to have more photos taken.

I will update this post when he is on the internet along with canvases by Vanessa Feltz, Peter Firmen, John Hurt and Rick Astley to name a few - an eclectic mix indeed!

The Willow Foundation was founded in 1999 by Bob and Megs Wilson as a lasting memorial to their daughter, Ann, who died of cancer aged 31.  Bob Wilson is the former Arsenal and  Scotland goalkeeper and TV presenter.

I am very honoured to be part of this wonderful money raising event.